Edit : Yes I’m editing to add this at the beginning. I just realised it’s the Parsi New Year. So to all Parsis, Navroz Mubarak !!

Danielle from The Introverted Book Nerd

Emma from Reading Through The Night

Lorraine (Lori) from Reading with Lori

Next, a HUGE thanks to the following Indian bookbloggers and bookstagrammers for helping me with some of the answers (mainly books) –

Resh from The Book Satchel

Vicky from Books And Strips

Vijayalakshmi from The Reading Desk

Jyoti from Pride in Pages

Aritri from The Liquid Sunset

I hope I’ve mentioned everyone, if I missed out any, please forgive me and do let me know so that I can add you.

Before I start answering questions, here are some of the things people usually get wrong about India (for various reasons) or don’t know about India – 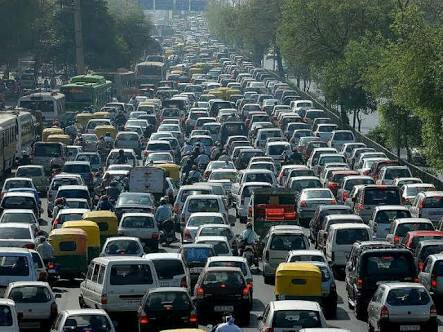 Now finally, on to the questions…

A : I think I already mentioned most of the wrong representations in the list above. As far as an aspect of Indian culture that’s omitted, I’d say the cultures of southern India are often neglected and even people in northern India are quite unaware of it. And of course, eastern states (with the exception of West Bengal) of India are again neglected and never represented.

In fact, as far as literature is concerned, I’ve not come across many Indian characters in books by non-Indian authors. The only author (not of Indian origin) I know of, who gets India and its culture right is William Dalrymple. I have also heard from other bookbloggers that Shantaram does a good job at representing India, I haven’t read it myself, so I’ll just trust them on this. Books by Indian origin authors are usually accurate in representing Indian cultures (Obviously!)

Q : What are some books set in India or with Indian inspired worlds that you enjoyed and thought represented the country well ?

These are older books (with the exception of Ruskin Bond books) and not contemporary fiction, which is because I’ve read very few contemporary books on India. I really need to get to those books. However, you can find suggestions from other Indian book bloggers –

Q : What movie(s) portrayed a certain book perfectly that was your favorite ?

A : Since, this is about India. I’ll consider Indian books.

Q : Is there an Indian book you would like to see translated to English so everyone could read it ?

A : For this, I’ll have to say Eitheehyamaala by Kottarathil Shankunni, which is a collection of Malayalam folk tales, because I haven’t come across an English translation of it. All the other books by Indian authors that I’ve read and loved have already been translated to English or are written in English.

Q : What’s your favourite thing about living in India? And what do you wish people outside India knew about your country?

A : My favourite thing about India is the food and people’s ability to do “jugaad”. Now I recently found out that there’s an actual English word for Jugaad, which is “Kludge” (because “hack” is just not accurate enough).

As for what I wish people outside India knew about the country, I’ve already mentioned those.

Emma asked me if I could tell about my daily routine so that people can know about life in India. On the whole I don’t think there’s much difference in routine between Indians and people in other countries. The difference would lie in details and going into those would stretch this post longer. So, that’s the only question I’m leaving unanswered.

I guess I’ve answered all the questions. If there’s anything I didn’t answer, feel free to let me know in the comments.

That’s all for now, Thank You for reading through this post. Have a wonderful week ahead !!

Hi !! I'm a 23 year old bibliophile from India and this is my blog. View all posts by Vrinda